THE NEW executive of the Trinidad and Tobago Rugby Football (TTRFU) says it continues to liaise with the Sport Company of TT to “align the safe return to play for rugby within the requirements of the Government of TT and World Rugby.”

The rugby union recently issued a media release, saying it has been in communication with government and international authorities for the sport since taking office after its election in May.

It said it now looks forward to implementing training plans ahead of Rugby Americas North (RAN) tournament fixtures in the latter part of the year.

“Building on the work of the past administration, continuity has been a key element in the transition,” the release read.

There are six established national teams, with a seventh, a men’s under-18 sevens team, “materialising with additional coaches and managers proposed,” said the TTRFU.

The release said, “The national programmes have expanded under the leadership of the Technical Directors of High Performance. ”

In addition to a 40 per cent representation of women in key roles, it said an unprecedented membership of (representing six teams) “are eager to utilise virtual means to begin education compliance ahead of in-person national training sessions.”

The TTRFU added that, “significant strides have been made in Union governance with the (re)establishment of the disciplinary, selection, fixtures and facilities, and player welfare, safeguarding & anti-doping committees.

“We thank the individuals who are contributing their expertise to improving the function of the TTRFU in these areas and the de facto National Anti-Doping Organisation, the TT Olympic Committee, for their guidance.

“We continue to focus on developing further committees with a focus on professional development and collaborative networking for mutually beneficial growth.”

It added that a programme called The Rugby Hub, a virtual platform for meetings, training, and opportunity sharing has been launched.

“Through this platform we have seen an increase in membership participation, as well as public reach through targeted webinars.” 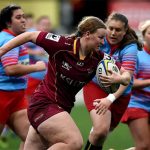 World Rugby unveils six-point plan to cement ambition to be the most progressive sport on player welfareNews, Uncategorized 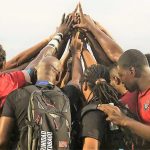 Rugby Prepares For Return To PlayNews