Upgrading the Scout’s building is a mutually beneficial project, as one part of the dynamic partnership is use of the facilities which is being extended to the Trinidad and Tobago National Rugby Teams who train across the road at the President’s Grounds. The TTRU National Programmes will substitute Saturday’s intense training sessions with an equally intense contribution, the upkeep of the iconic Scout’s building.

Scout’s Commissioner, Mark John and TTRU’s President, Maria Thomas are both extremely excited about this initiative as their respective establishments which they head, boast of 200 hundred years of contributions to Trinidad and Tobago. The alignment of values and vision for holistic development of youth in Trinidad and Tobago lends itself to logical collaboration. The Scout Association has already been assisting in providing the National Rugby Teams – Senior Men’s and Women’s 7s, Boys and Girls Under 18 7s, and Men’s Under 19 15s – with use of their facilities during the teams’ training sessions throughout the week and also on weekends.

Saturday’s #TeamUpToCleanUp at the Scout’s building, which will be coordinated by Deputy National Scout Commissioner of Operations, Joel Edwards with the assistance of TTRU’s Technical Director of Men’s High Performance, Larry Mendez, is the first of a number of activities that the Scout Association and the TTRU have planned.

A few projects that are poised to launch are the next wave of the TTRU’s Ball in Hand Development Project, team building camps, joint training opportunities, and even a Rugby Skills badge! The partnership of these historic organisations speaks to their ability to adapt and lead by example for the betterment of Trinidad and Tobago. 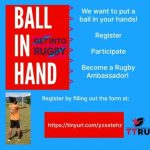 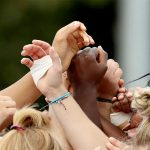